Only pack of lies and appearance and reality! 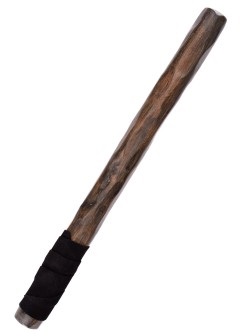 Many sick people can easily ignore or supress happenings, although these events recur quite obviously clearly but could be  inexplicable or unusual.

Who does tell you and others as the called authority, actually, that the aforesaid visitors, described and mentioned in the documents of my person, were not long ago on site?

Would an American named Mr. Donald T. give you such an information or would not rather deny e. g.  such a person these incidents, nevertheless?

My person are well known still other current rulers, who would represent in no case a healthy person and will deny the truth or will allow them to forbid the spreading of truth!

You and your equals, on the other hand, wait and wait for the things, which will be long ago in progress!

Thus you let play with the time and health of the true Authorities and thus, although the burden of proof does not lie long ago on the side of Authority or Empress anymore!

And who does tell you and your equals, actually, that the Cudgel of my person  was not clearly at work already? Says who?

Of course not those sad figures, whose now are hobbling or on crutches on the way and allegedly have fallen over something or have slipped and, and, and so on!

Become of age and independent finally!

Or have you and your equals though maybe, anyone whispered in my ear and would tell me, what I have to do or to let!?

The whole opposite has met my person and now my person should still bear furthermore the sad figures in a loop of our end time?

Do you have generally any knowledge of the human nature, which indicates, that most people are in league with the devil and opponent?

Are you unable to recognise an opponent, who uses the waste of time as his best tool and also is already almost at his destination??

Sad figures are to be found at every turn, however, it clearly lacks the true men!

Don´t you and your "sausage association" dare better not once more to challenge my person, because then everybody can pack up and go home, and do not think better, that just one of the decisions is cancelled; exactly the opposite will be the case!

Should the orders of King J. have been directed against my person, then absolutely, because sick half an animals as the contemporary witnesses have hidden behind the truth, they have twisted the truth, or has arisen half a truth, or people move between the truth falsely, because they are in league with the devil to achieve themselves advantages!!

This diabolical endless chain costs time, which my person does not have left for these Europeans anymore!

In plain English this means, that the made decisions keep validity, because also is misused the person of my sister and an excuse cannot be accepted, because of many years' ignorance.

Upon farther attacks of my family and my person will be followed new decisions, which will also keep their validity, too.

Instead of building new housing complexes, and now wanting to let do roadworks still beside my flat for weeks, for months and for years, you should have done the toilet pan  dismantled in the houses and flats of the citizens of Luebeck including the surroundings, however, my person would find the beginning with you as the concerning persons responsible and would personally initiate these measures by the military!

I will teach you and people like you, because the aforementioned visitors were presumably some spies of peace or war, what the person still will have even in the hand and if  those visitors pleased it well on earth, then this kind of UFO`s come back in masses!

You and your equals have overstepped the mark long time ago, do not forget that!

The way, which this UFO `s will take, has been clearly recognised already by the astrophysicists this year 2019*, because the way will be possible in reverse.