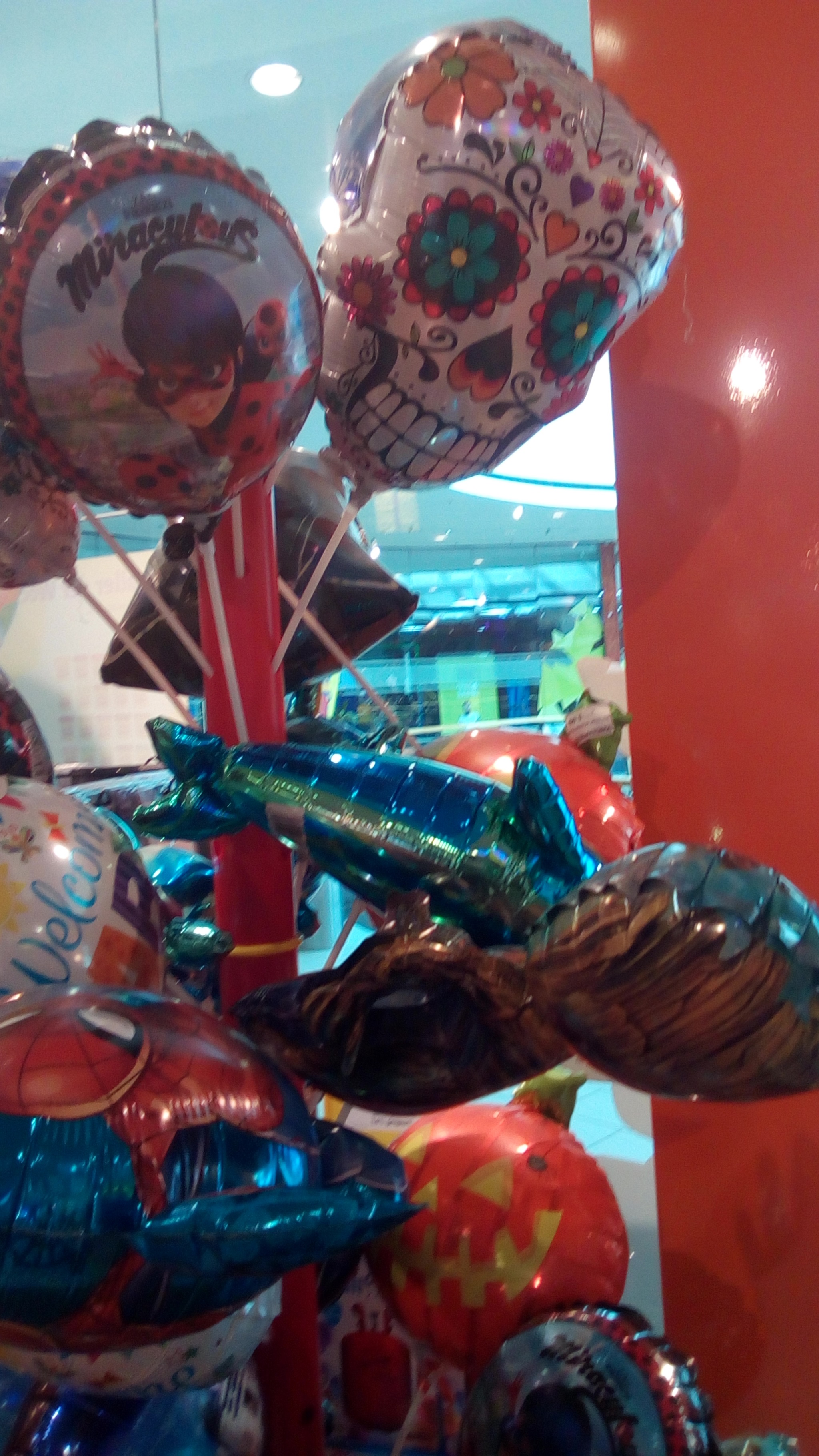 To the Ministry of Family Affairs

of the FRG Berlin CO /

To the European Parliament

End-time Mothers and Housewives in Politics and Business

The German language document you may find here!

Ladies and Gentlemen of the Federal Commissioner in Berlin and Dear Members of the European Parliament, Dear Europeans and Dear Readers Worldwide,

As became clear and publicly recognizable through the Corona pandemic, there are increasingly households of all social classes from all over the world with small children, children and adolescents who are currently experiencing real horror scenarios through the "shutdown" at home and not just childless marriages break up at the moment, but also marriages with children, since it is obviously no longer possible without help from outside to be able to lead a healthy and happy family life and a conjugal relationship.

This scenario is described in terms of a family policy, which you, as the former family ministers of the FRG are partly responsible, whose are listed by name on the Internet at Wikipedia, the free encyclopedia!

In fact, it has often become the case that a particularly large number of small children and schoolchildren have no regular daily routine and no regular meals without outside help, for instance through the care of the youth welfare office or those who have been given protection by the staff of the daycare center or kindergarten, what every child and adolescent* is needing.

Even if some of the mothers were available for the children or the child as full-time housewives, many of the children affected would have been even more difficult to bear in the society than they had long been doing by indirectly would taking their mother the so-called freedom, the good income opportunity and self-actualisation!

A child senses exactly whether the mother is unbalanced, moody and unjust, or whether she is satisfied, happy or balanced, and the child can only achieve this by leaving its usual safety and environment to having alone without its mother go to daycare and after a "difficult" period of getting used to it, going to daycare for a small children is a part of the daily routine.

As a rule, a daycare-small child has learned early on to assert oneself against others in order to play to one`s possibilities, so that it does not have to be on the margins of society.

This is clearly shown in the kindergarten, where it is subordinate to other people in charge, who have already been able to change in the daycare, and the same* continues at school.

So the child has long been on its own and has been influenced by its immediate surroundings and by its playmates, because for whom, if not for the many small children with language disorders should be there the speech therapists with their expandable future prospects?

The concentrated mass of childhood illnesses naturally comes to the small children much earlier than necessary and thus a lot is demanded and overburdened from the small body of a person, and the genetic endowments of the child, which have been manipulated by the many medications, may have been severely defected.

But what for are the many specific children`s medicine?

After all, the pharmaceuticals and thus the Ministry of Health are also happy, but at the same time the Minister of Economics, because of course the pediatrician is occupied on site at the end of the day, but then the internist or allergist is a very popular profession to the delight of the surgical clinics and to the employees of the health insurance companies and insurance companies.

It all fits wonderfully into the working world and overlaps with one another in the economic cycle and in family life, doesn't it?

But Someone is certainly not happy about the defective genes or the aborted human life and also not about the numerous ill and disturbed children; He is certainly not happy about the elbow children from the daycare center and from the kindergarten and also not about the annoyed and needy mothers, because they do not have left the household for His joy, but for His sorrow and the sorrow of the children, if often also just by a few hours.

Someone is not happy about the situation when a mother has to make the living ultimately the child or the children will pay the bill!

This One is certainly not happy when a young mother with young children or with school-age children as a politician, who should act as a role model, and who may even do a good "job" that always claims a lot from the women in terms of time and strength, "instead" leaves the household and the children.

Especially not, if the same "job" could also be executed and occupied by other women with the same prerequisites and the same skills, who are however childless or whose children would already be in adulthood, and in addition life experience or wisdom in more mature persons can still be put on top!

Apart from that, the job as a famale politician is unnatural, so almost every other female managerial position in a company, in a corporation or in an institute has an unnatural origin, because nature has arisen and is determined by the dominance of the man and in this way does not be commanded or the direction should not be indicated by the woman!

Each time my person watches a young politician and mother on TV, it is clear to me that the husband, but especially the children of this successful "politician", must have "cut back", even if they could be showered with gifts!

The bottom line is, that the real achievement was done by the weakest of the respective family and thus society, and these are usually the children!

Note: A female politician is usually replaceable by other people, but a mother of a child or a mother of children is fundamentally irreplaceable and not really interchangeable.

Here, the grandmother as a result of the natural replaceability for indispensable women in professional life (e.g. possibly a doctor) must be called!

As already mentioned at the beginning, there are already mothers of today, who could be spilled with money or fairly paid as housewives and mothers, but these women would no longer want to work as "housewives only", because they are already addicted to recognition and to power through the urge to lead people through orders or authority.

What may be the reason?

However, every woman or man should absolutely know, that a child is not a showpiece and also does not serve a social status or is subject to a special status, but is an individual who, at best, is individually protected, educated and promoted by the parents or by the mother to the best of one`s knowledge and belief!

And if this takes place from the start in a conscientious form without handing over your child too early to "guardians" or "kindergardeners" of the kindergarten, then there are no or much less mutual problems in family life and the upbringing method followed for the youngsters often almost completely neutralise, because the adolescent already sees oneself as an individual and can take responsibility for oneself.

Thus, the daycare center should be closed immediately and without exception and only be available for children with an extremely difficult life due to family relationships, whereby the mothers should stay and meet in the daycare as possible.

Families with small children and a migrant background are particularly affected in this regard, but these children, too, may only use the KITA facilities as a linguistically assigned integration aid when accompanied by mothers or fathers up to the age of approx. 5 years.

In principle, one cannot and should not expect or demand of a small children up to the age of approx. 6 years that it makes its social contribution to society for the integration of foreign-language refugee children or the children of immigrants, by almost half of the kindergarten children already come from a foreign language country and the local children have to move among the speech therapists!

This also makes it really clear who actually has to bear the heavy burdens in these "sick societies or through the poorly thought-out integration programs" and who could profile themselves at high costs of others in order to gain recognition and power in society and if so even an intelligent politician and mother with small children could not notice her own children or the children from the circle of friends, then there is something completely different behind it!

If, as a mediocre politician, you have no children oneself or the children are already grown up, the situation is very different for many, because one simply does the* "job" and rely on the responsible ministries.

However, since the family is the smallest unit of society, everything else must necessarily start from the family policy.

Thus, the most sensitive children are the yardstick for a functioning society and economic policy, which, however, without the relationship to God do not represent a lasting value for everyone, which is worth striving for and which incorporates security for everyone.

But if you as a woman feel absolutely no desire to have children and absolutely want to set up and shape your life as a working woman, then you should secure yourself in a possible future by either not cultivating an intimate relationship with a man or at least by securing yourself by the Protect ovulation meters from a pregnancy.

All other alternatives, such as the pill or the pill afterwards, will no longer exist in a possible future, not to mention an abortion!

With regard to the family planning, it would also be important to mention, that in a future there will be no ultrasound examinations, but only the stethoscope may be used, whereby the birth is again a woman's job and only the doctor but not the expectant father will be allowed.

You may appreciate your child more in another way than if you already knew the gender or health status of the child from the ultrasound wave examinations before the birth and there were too many people present at the time of birth, but One is ignored.

Likewise, all the usual “pain relievers” will be prohibited at birth and may only be available to very young mothers, who in a future will have no choice but to give birth!

If a mother absolutely does not want to adopt the child after birth, then it can be released for adoption under witnesses and Clergy as a newborn child, so that it can immediately receive its parents, since there will also be women or men who are sterile by nature.

As a mother, you naturally have special duties towards the child, and these duties cover far beyond the rights to self-fulfillment and cult of personality, because a child is not a toy that one can give away or borrow, and it is also not a showpiece for "showing off" or serving also not as an alibi function to increase the child benefit, or the demanded mother and housewife salary due to diverse fields of activity! *

Raising a child is a serious and non-transferable matter, especially if there is something else behind it!

HP.: As a woman and mother, you can continue your education at any time without the children having to suffer and some of you can currently continue your former "job" on a voluntary basis from your home office by not spending more than 2-3 hours, with a small fee should be added to the housewife salary by the employer and if the eighteen-year-old child-raising is successfully completed, then nothing at all stands in the way of a voluntary change into professional life!

My person has strongly criticized you as Ministers and Federal Commissioners or Members of Parliament, but something else was attacked in this letter; something behind it!